In the second half of this series, we’re breaking down the one area for each AFC team, where they could still improve their roster upon, now that the main period of free agency and the draft are in the books, along with some of the crazy trades that ruled the early stages of the NFL offseason.

We’ve arrived at a point of the NFL offseason, where rosters are generally set. So I thought it was time to kind of reflect on the roster building process and point out that one area where each team should still be looking to upgrade.

In the second part of this “biggest remaining needs” breakdown, we’re going team by team in the AFC this time and looking at which position (group) each of them I believe should still address this offseason. Make sure to still check out the NFC version as well!

The main parts of the NFL offseason are in the books, in terms of player acquisition via free agency, trades and the draft. But while team building is mostly complete, there are still a few needs that need to be addressed, and we’ll run through them team-by-team – starting with the NFC today! 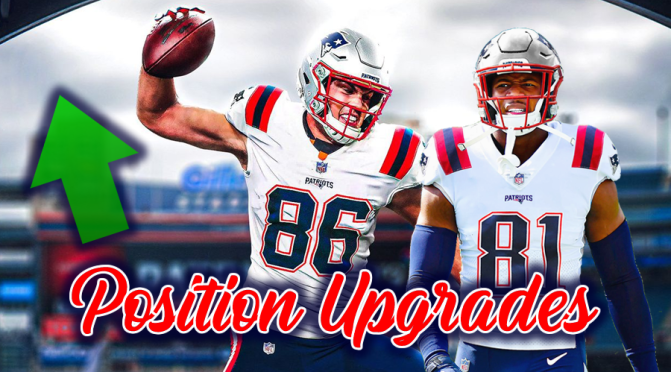 The main parts of the offseason and player acquisition are now over and it’s time to look at who was able to upgrade their roster – on paper at least. In this write-up, we will analyze which teams managed to address a certain position group and really improve it compared to a year ago, through free agency, trades and the draft.

For the purpose of this exercise, we only look at who these squads actually had for the season, but at the same time they don’t get points for getting a player back, that already was on the roster and didn’t miss the majority of the year with injuries. So the Giants running backs aren’t going to make the list, just because Saquon Barkley is coming back, for example.

Let’s dive into it:

END_OF_DOCUMENT_TOKEN_TO_BE_REPLACED

The Miami Dolphins first sent shock waves across the NFL landscape by trading the No. 3 pick to the San Francisco 49ers in exchange for the No. 12 pick this year, a first- and third-round pick in 2022 and a first-round pick in 2023. However, the Dolphins weren’t finished jockeying for 2021 NFL Draft positioning as evidenced by their subsequent trade with Philly. The Philadelphia Eagles traded the No. 6 pick in the 2021 NFL draft along with a 2021 fifth-round pick (No. 156) to the Miami Dolphins for the No. 12 pick, a fourth-round pick (No. 123) and a 2022 first-round pick.

All signs are pointing towards the 49ers selecting a quarterback third overall. Meanwhile, Eagles fans are lamenting at the fact that it is highly unlikely that Kyle Pitts nor Ja’Marr Chase will be available when the 12th overall pick rolls around. Meanwhile, the general consensus is that the Miami Dolphins pulled a coup having traded back up to the 6th slot. Will it be Zach Wilson, Justin Fields, or Mac Jones landing in San Fran? Will the Dolphins add the playmaker at wide receiver they covet the most? Will the Eagles still be able to land a high-end prospect that can make an immediate impact as a starter? CPGM Juice and Drew discuss in full.

Two first round selections in 2022 and 2023 respectively and a third round selection in 2021. Furthermore, the Rams still owe Jared Goff $22.2 million in 2021 and will pick up the remaining two years on Stafford’s contract for a total of $43 million. After trading for Stafford, the Rams will have potentially gone seven consecutive seasons without a first round pick.

Clearly the Rams are “all-in” in 2021 which has been par for the course since General Manager Les Snead and Sean McVay have began working together in L.A. However, it was the battery of Snead and McVay should not (will not) continue to receive a pass for the Rams’ struggles. Snead’s aggressiveness in terms of acquiring veteran talent via trade and willingness to dole out exorbitant contracts has put the Rams in a challenging cap situation particularly with the salary cap being reduced in 2021. McVay on the other has been insulated from criticism for the most part considering Goff’s struggles. However, a close examination of his situational play-calling and use of personnel reveals that he has not adjusted effectively enough since his meteoric rise to the head coach rank.

CPGM Juice and Drew delve into the blockbuster trade from the perspective of the Rams focusing primarily on: Stafford, McVay and the future of the Rams front office/roster.

A bit late to the party but CPGM Drew and Headley weigh-in on the trade completed by the Philadelphia Eagles and Indianapolis Colts earlier this offseason; sending former #2 Overall Pick Carson Wentz to the Colts where he will be re-united with his former offensive coordinator and current Colts’ head coach Frank Reich. In return, General Manager Howie Roseman of the Eagles net a 3rd Round selection and a 2nd Round Pick that may become a 1st Round Pick. Naturally, 2nd-year pro Jalen Hurts who impressed in his limited action a season ago will assume the starting quarterback position in Philadelphia. In light of the recent trade the Eagles completed with the Miami Dolphins netting an additional 1st Round pick in 2022 it appears Philly is setting entering a full rebuild.

There may not be any NFL games until September now, but we have a unique and fascinating offseason ahead of us and it all starts with where all these quarterbacks go. Let’s talk about how likely it is that these guys are on the move and where I think they could go.