Let’s face it, these are two teams going in opposite directions. The Saints are getting healthy; and Brees has his full complement of weapons at his disposal. Meanwhile, the 49ers are a veritable M*A*S*H unit. Don’t get me wrong San Fran still has talent, particularly on the defensive side of the ball but the pass rush simply isn’t the same. How could it be after losing Nick Bosa (injury) and DeForrest Buckner (trade). I anticpate Brees taking what the defense gives him and metriculating the ball downfield for a tidy, efficient Top 12 finish. Start em.

I can’t seem to get it right, as to when to start Jared Goff. However, the Seahawks offer the perfect matchup to get an inconsistent passing game on track. Seattle allows the most fantasy points per game to the quarterback and wide receiver positions respectively. I’m banking on Sean McVay looking himself in the mirror, self-scouting and doing a better job of putting his players in a position to have success. I also believe this might be the week L.A. unleashes rookie WR Van Jefferson, to add a much needed vertical threat to the Rams offense.

No Kenny Golladay and now Stafford’s top target in 2020, T.J. Hockenson is battling a foot injury. I just don’t like it. Washington has a formidable pass defense as is and Detroit is certainly lacking in perimeter threats. Furthermore, I’ve little to no confidence in the Lions’ coaching staff. No need to deliberate on this one. Sit em.

Nick Chubb is back folks and I for one am NOT taking a “wait & see” approach to see how his knee responds to game action. First and foremost Chubb is a STUD; he leads the NFL in number of rushes of 20+ yards (6) despite not having played since Week 4. Secondly, offensive guard Wyatt Teller returns to the lineup having graded out as a top interior olineman this season. Finally, the Houston Texans are awful defensively, allowing the third most fantasy points per game to the running back position this season. Even if Chubb doesn’t get a full workload he has the ability to turn 12-14 touches into low end RB1 fantasy production. Start em.

The Baltimore Ravens of 2020 barely resemble the team of 2019. The offensive line is no longer a strength and there is a dearth of explosive plays. Furthermore, the Ravens are missing the heart & soul of their offense, Mark Ingram. However, I believe J.K. Dobbins is the injection of life the Ravens need in addition to committing to their power run game.

Prior to the the Ravens bye week, Dobbins did not have a single game with double-digit carries. However, since the bye week Dobbins has averaged just under 14 touts per game, including his 1st career 100-yard rushing performance in Week 8. I believe the fresh, young legs of Dobbins will help resotre some explosiveness to the Ravens offense.

This week’s matchup against New England isn’t nearly is a daunting as one may have thought prior to the season. In fact, the Patriots allow the 11th most fantasy points per game to the running back position. We all watched the Jets of all teams “run left” with considerable success on Monday night. A favorable matchup indeed.

With Christian McCaffrey sidelined by injury once again I certianly can understand why you might start Davis. However, after the Buccaneers’ embarassment on national television last week I believe they will be playing with a new found sense of urgency. Furthermore, the Bucs have been among the best in the NFL in defending opposing running backs. Davis’ involvement in the passing game may solidify his floor as an RB2; but his lack of scoring opportunites and the matchup leave me fading him in Week 10. 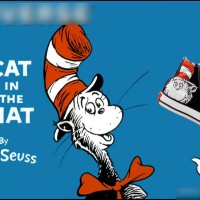