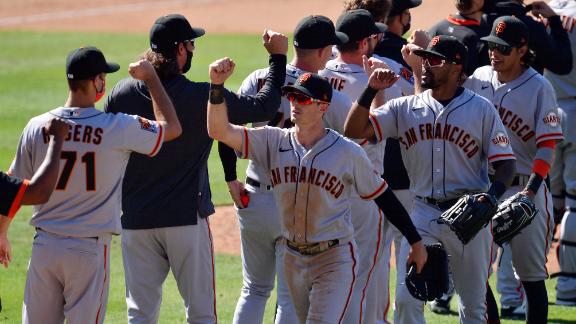 — Nats win game 2 of their spat with the cranky Yankees, who fail miserably to take advantage of some shoddy Washington fielding and the absence of star attraction Strasberg. Yankees #Nationals
— G-men barely bring enough ammo to the Chavez Ravine party, and can now clap for Manager Kapler and his first managerial win. #Giants #Dodgers
— O’s show up for this one, giving starter Martin, quite a smarting. And Alex Cobb made the most of his starting job. Now the entire AL East is tied for first (and last) place. #Orioles #RedSox
— Too bad nobody seemed interested in talking softly, while carrying a big stick in today’s Brewers-Cubs shouting match. Milwaukee wins temporary bragging rights, in an empty shell of a stadium where sound carries a little too well. #Brewers #Cubs
— Low scoring game … no problem for Lowe and the spray hitting Rays. #BlueJays #Rays