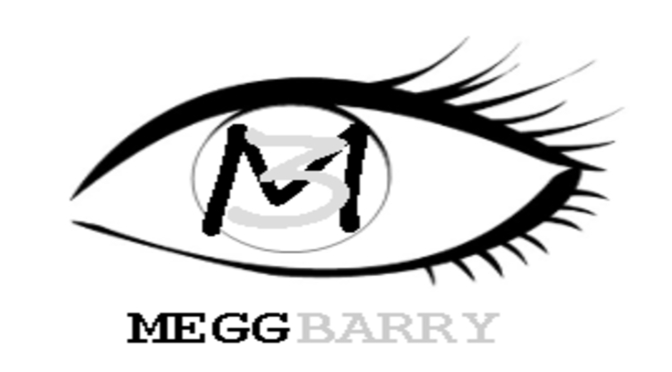 Let me break this down for you, in the rawest way I know how, by keeping it real. For those of us, that’s right, I said us, that think racism isn’t a “thing”, doesn’t “exist”, or is behind us, please I need you to keep reading. The others of us that believe injustice is something African Americans simply “make up” or “use” as a scapegoat by “playing the black card”, please keep reading. And the rest of us that actively participate in such behavior, I pray that one day you find peace within yourself and that your demons are laid to rest, but please, keep reading.

My response to the video of the white woman calling the police Monday (May25, 2020 ) morning from Central Park.

Let me first start by stating I am responding to the video, and only the video. I am aware that the recording started after the dispute had begun. Christian Cooper shared his experience about the encounter via Facebook, please review for yourself. While Amy Cooper admitted to CNN the dispute started because her dog was not on a leash, she wanted to publicly apologize, and went on to say, “I am not a racist, I did not mean to harm that man in anyway”. Leading me to believe she knows she was wrong.

But let me not speculate.. back to the video.

Let me break this down for you, in the rawest way I know how, by keeping it real. For those of us, that’s right, I said us, that think racism isn’t a “thing”, doesn’t “exist”, or is behind us, please I need you to keep reading. The others of us that believe injustice is something African Americans simply “make up” or “use” as a scapegoat by “playing the black card”, please keep reading. And the rest of us that actively participate in such behavior, I pray that one day you find peace within yourself and that your demons are laid to rest, but please, keep reading.

Allow me to set the scene (for those that haven’t seen the video) and for lack of a better term, state a few “facts”:

The video begins with Amy attempting to leash her dog, when she can’t (lack of control) and notices she is being recorded she marches toward Christian. After she begs Christian to stop and he doesn’t (losing control), all the meanwhile dragging the dog alongside side by his collar (still no control), she prefaces her threat,

“then I’m taking pictures and calling the cops”.

The encouragement of the man (any control she thought she had at this point is gone) to “please call the cops” led her to use a weapon our system sets up for her to use and I’m not talking about the Second Amendment (or am I?).

“I’m going to tell them there is an African American man threatening my life.”

Forget the contradictory tone and manner in which she states this threat, let’s focus on the body language. She lifts her head and her eyebrows (regaining control…so she thinks) in such a way as if to say, “I know that police brutality against African Americans is real so I’m going to play into that in order to instill fear in you so you’ll stop recording me.”  Her life was not being threatened but rather she was threatening his, knowing the outcome for him, as a Black Man, could very well be death should the police come (#JusticeForFloyd).

Her head lift, eyebrow raise, chest out body language combined with her contradictory tone tells me she knows exactly what she is doing and that she, too, is a witness of the injustice; playing it toward her advantage.  She didn’t say “there’s a man threatening my life.” She blatantly threw in the adjective of “African American” as she tilted her head side to side and stuck her chest out because she knows African Americans are a target (for the second amendment). I digress. Simply stated, her body language and tone are telling us that she is well aware of the impact on a man’s life this phone call could have and that she is a member of a very protected class in this country.

As she steps away to dial 911, she excuses herself, the dog still in control (of her but unfortunately not himself). In her description to the police she first states, “there is a man” then she gave the race and explains that he is recording her by his phone on his helmet. When the police can’t make out what she’s saying (losing control again) she reverts back to her initial adjective of the man being, “African American”. Sheesh, that’s tough.

It’s not about the adjective itself, it’s about the connotation of being African American. At the very foundation of our Government, systems, leaders, supremacists is the Declaration of Independence. Composed so strategically for the persuade of the white man; has passed laws, established loopholes, and built this (white or non-African) society to be conditioned to connect African American to bad, evil, and threatening. But wait, when that doesn’t work (in the case of Amy where she is treated politely, she knows he did nothing wrong and he’s not reacting in such a way as described above) now African Americans are less than, powerless, shameful (puffing her chest and lifting her head to regain power). When an African American is not acting in accordance with what white people have been conditioned to believe, the last straw is to lift themselves up by putting the Blacks down.

Back to the video; the police still cannot hear her; she describes the situation again. This time raising her voice the loudest it had been, with anger (likely because the African American that is supposed to be reacting, isn’t), but she leaves out African American.   When Amy finally gets the dog on the leash, she regains control, as Christian turns the video off and thanks her.

I said a lot in the breakdown, allow me to summarize to ensure my points are clear.

Racism is very much alive and prevalent as displayed in the threat this woman projected, “I’m going to call the police and tell them an African American man is threatening my life”.

Injustice within our systems are exposed via her threat in that she had the Caucacity (Caucasian audacity) to believe that the police would come with guns blazing (second amendment pun) to protect her. I call it caucacity because only a white person can call the police and play the victim of being white.

Being African American in this country is hard and this video depicts some extreme, but very surface, issues that are present in our society today.

Dear White People, please believe the struggle African Americans go through is real, not made up, not a cop out, not an excuse. It’s the reality they live in, not us.

A fellow white of the most protected class (Caucasian Female)

PS – We can all use more love.  Let’s treat each other as humans, nothing more, nothing less.

One thought on “Dear White People”