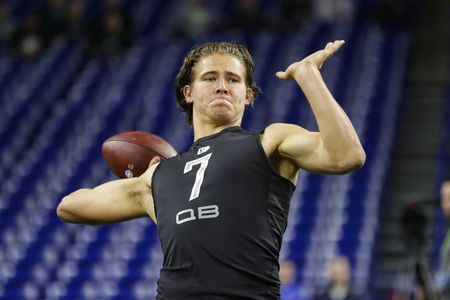 On the “Racing Against the Clock” edition of CDST (Part 2):

— Now this is definitely the winning score … jazzy background music you have got to experience from the classic 70’s flick, “The Taking of Pelham 1, 2, 3” (“You’re a sick man, Rico”)
— A relatively svelte Chris Farley, as introduced by smart- mouthed Martin Lawrence, take the helm in a juvenile detention center … (“You got it, Homey” “I’m thirty five years old, thrice divorced, and I wish to hell I was living in a van down by the river” “That’s funny, and you’re purdy” “It’s a simple concept, bitches and cigarettes”)
— J.R. drops, but persistent Gerald to the rescue breaks through on skype line
— ChabDog decries his technology curse, but alas Glymph notes return to the conversation to save the day
— Fact — you cannot finish off a honey-do list in 10 minutes
— Steelers would rather pick up almost anything … other than Brady….
— Could be that the “nice” contracts are almost up for Tommie boy
— Andy Dalton’s no Timothy Dalton … is he even a Ryan Tannehill?
— As the conversation turns, we return yet again to the subject of bald Redskin QBs
— Our special guests insist Charlotte’s Cam is no charlatan.
— Time for Tyler Heineke to grab a Heineken and ride the couch.
— That Justin Herbert can really give the rock a heave.
— Super G’s astute reflections on Super Tuesday
— The extent to which Bernie’s drowning without any Southern comfort … just look at what happened in Virginia
— Biden’s mysterious connection with people … he can reach out and touch them, while sniffing
— Joe’s kicking back now that he’s inheriting Warren’s imposing ground game, along with Bloomberg’s bankroll
— Eric suggests a threesome with Bernie, AOC and Ilhan Omar (is that politically expedient? or possible?)
— The ultimate endorsement/campaign slogan by the Fonz … “My bike likes Ike” … maybe he should stump for Trump?
— Speculation on the Democratic VP Nominee … Kamala Harris? Stacey Abrams? Sinema paradiso?
— Why you could have a 269-269 tie? Why Donald would be fit to tied, unless Republicans control the newly-elected House.
— Trial by fire does not equal a trial without witnesses … let alone the first hand ones
— Deconstructing what an obstruction of justice really is
— Our mutual admiration society concludes another spirited meeting with a smokin tune from Aerosmith … Mama Kin….