— Celtics made to look ridiculous at home — much like that movie producer in the Godfather — after Mike’s excellent con job. #Jazz #Celtics
— Don’t tell Dallas that white men can’t jump; Porzingis is pouring it on with a river of buckets, and Doncic’s playing the role as sidekick toxic avenger. #Grizzlies #Mavericks
— A very mature, but suitably explosive, LeBron lays a major haymaker, not to mention a plethora of body, on Giannis the Adonis and his Buck buddies. Milwaukee’s soft perimeter welcomed James into the paint all game, and Anthony Davis picked up whatever slack there was in the Laker offense with maximum efficiency. The best team in the league looked vulnerable, and they had better find some help for their superstar on offense (another Middleton meltdown in a big game … 5 for 19 just doesn’t cut the mustard). #Lakers #Bucks
— So much for the Blazer revival show, after they get trashed by lumberjack Baynes and a surprisingly dangerous Dario. #Trailblazers #Sun 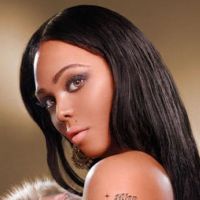