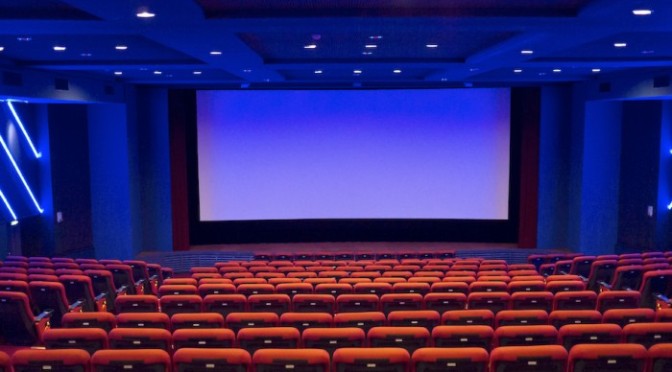 I went to early screenings of two movies that are being released on October 25th. Take a look at my reviews and recommendations….

Countdown: The trailer for this movie didn’t impress me when I saw it. Aside from the trailer, I haven’t seen or heard much about Countdown. The screening was interesting because the theater was very low on attendance up until 30 minutes before showtime. Normally screenings fill up as soon as the theater is opened. I’m thinking “a lot of people probably didn’t hear about this movie or they don’t care about it to even come to a free screening” but the theater ended up being 80% full. That was surprising. Movies with jump scares and thrills are fun to screen because people yell out and have a good time. The audience had a good time with Countdown but this isn’t a film I’m going to tell you to run out and go see. Matinee or discount day is fine. Skipping this in the theater is fine too. For this movie I can’t go into too much about the story without spoiling things, so I’ll keep it short. This app tells each person who downloads it how long they have to live. There’s an actual clock that counts down. Everyone thinks it’s a joke, but someone whose counter only had 3 hours left….well you know! The movie’s main character Quinn, played by Elizabeth Lail, figures out that this app is the real reason that person died, so she has to figure out how to stop it before her counter runs out. Ooohhhh…scary!! It felt like the writer put Final Destination, Friends Request, and Evil Dead in a blender, and served up an okay horror smoothie. A jump scare got me. There was a scene that made me say “wow” because of how brutal it was. The movie is pg13 so that was unexpected. Overall, not bad, but not really memorable. However, Countdown is entertaining and it was good to see Pam (Tichina Arnold) and grown up “Mike Dexter”. Yes, that is a Can’t Hardly Wait reference in connection to Peter Facinelli. Just don’t spend more than 6 bucks to see it if you feel like watching in the theater. See my video review here: https://www.facebook.com/MoviesWithMigs/videos/691606814694957/

Black and Blue: Black and Blue is an entertaining, yet highly formulaic cop action thriller. Definitely by the numbers and predictable, but I didn’t think it was boring. I’d Redbox it. I get those free codes from T-Mobile all the time. I liked Naomie Harris as the lead. She plays rookie cop/war vet Alicia West convincingly, and she goes pretty hard! Simple plot here. West sees a corrupt cop commit a murder so she has to get her body cam back to the station, while avoiding other corrupt cops and gang bangers who have orders to shoot her. There have been plenty of other movies with a similar plot, and this movie isn’t breaking any new ground. Black and Blue probably won’t blow most people away. That wasn’t the overall reaction at the screening I went to. It was more “okay cool”. You watch it and keep it moving. There are some decent action scenes, and the writer Peter Dowling even sprinkled in some social commentary, but the commentary doesn’t really go anywhere. Some parts of the story were highly silly. Those “yeaaaa…..ohhhkaaayyy” moments! Mike Colter plays the top dog bad guy in this, and he has a scene that was so corny I was laughing out loud. I had a friend with me that thought the scene was extra cheesy as well. You get other familiar faces in Tyrese and Frank Grillo. Grillo plays the same character in a lot of movies he is in. It’s just a toss up of him being the good guy or the bad guy. If you decide to see this in the theater, hit that matinee! You can be entertained for a while and save yourself a few bucks. Or just watch it at home. I don’t see Black and Blue staying in the theater too long anyway. See my video review here: https://www.facebook.com/MoviesWithMigs/videos/551681392042560/