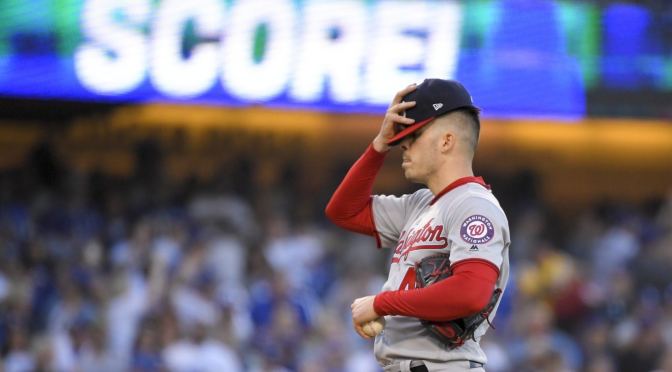 Washington gets ravaged in Game 1 at the Ravine.

— Washington fumbles away Game 1, looking completely spent after its grueling 1-game series with the Brew Crew. Unfortunately for the Nats, Buehler did not take the day off, and someone definitely needs to show Howie how to play first base (is that really his position?). LA looked every inch the big dog in the NL, and looks primed for another run to where else … the World Series. #Nationals #Dodgers
— Atlanta learns the hard way that if you want to beat the Cardinals, you had better take advantage of your hard earned opportunities and not beat yourself. Don’t take anything for granted, including, Mr. Acuna, assuming you have a home run, when you don’t. What was more damaging for the for home team was its inability to shut down St. Louis in the top of the ninth. Judging from what happened tonight, ATL will have nothing but melancholy if they keep trotting out Melancon as their “closer”. #Braves #Cardinals