Fandango and AMC Theaters hosted an early access screening of Shazam on the 23rd of March, so guess where I was?

Shazam didn’t blow me away, but the movie is enjoyable and a good time in the theater. The screening was in regular format, so I’m looking forward to seeing it in premium format. There were several scenes that had me ready to see it again in IMAX, due to the impressive special effects. I think this looked better than Aquaman because that movie had several scenes of spotty CGI. I’m sure the visuals will look much more awesome on a bigger screen, with better clarity and definition. I’ll probably check it in Dolby presentation as well, if that’s available.  Asher Angel does well in his role as teenage Billy Batson, and I was impressed with Zachary Levi as adult, superhero Billy. Angel is believable as a foster kid searching for answers about his life, and Levi does a good job of being an adult, but still having that silly, child-like personality. Plus the Shazam costume design is hilariously on point. Levi isn’t that big in real life, so seeing him all buffed out is quite comical. We get to see the age old theme of “what would you do if you gained superpowers one day”, and the writers of the script did well in showing fun situations and transitioning into stylized, action packed situations. The movie made me think about myself. Would I use new powers for good or evil? I know teenage Migs would have acted up. Not anything evil, but definitely devious and selfish. I was on the fence about Freddy Freeman, portrayed by Jack Grazer. Freddy is one of the foster kids at the house Billy ends up at (the movie will fill you in if you don’t already know), and he is a huge superhero nerd. The kid gets kudos for that from me. However, he is kind of annoying. I may have blurted that out during the movie. The other foster children were cool. Even though they don’t have a lot of screen time, you get to learn something about each of them. It gives the audience the warm and gooey family appeal. The show stealer, that is if you ask me, was Mark Strong as Thaddeus Sivana! What an awesome villain. Cold, calculating, and hardcore! You aren’t supposed to cheer for the bad guy, but I do what I want!!! I have to put him up there with Zod, as far as the DCEU villains are concerned. Not a hard list to be at the top of considering the other DCEU villains, but his performance gets my praise. There was a scene with him that made me say “OH SNAP”, and it’s going to be eye popping on the IMAX screen! I recommend seeing Shazam, even if you aren’t a fan of the character. I’m not. I do have the animated feature with him and Superman going up against Black Adam, and Shazam pops up in a couple of the other DC animated features that I have, but beyond that, I wasn’t into him much. The movie didn’t make me run out and buy Shazam comics, but it was cool and I’ll be booking tickets to see it again. Check it in premium style if you have the option. It’s a visual spectacle, so it’s worth it. Stay to the very end of the credits. 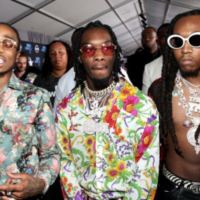