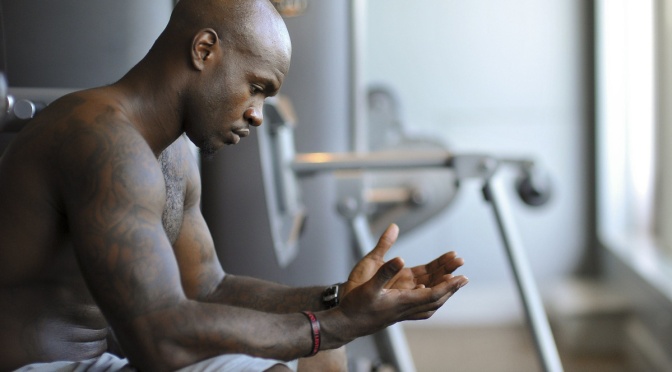 “I have been through so much tragedy, I am numb to it now”

Since a youngster in Orange, New Jersey… Cory Boyd knew he was destined for greatness. What he didn’t know was that the path to greatness was going to be riddled with tragedy. Like the defensive linemen and linebackers who tried to tackle him on the field, Boyd consistently eluded sure failure and got up off the turf each time he was taken down. The young man who went from high school star, to College star, to NFL Draft pick never quit no matter how bad things got…. and they got bad before they got drastically better.  Boyd recalls growing up in “Citrus Hill” as 2.2 square mile of toughness. He says that it was tough growing up with parents who were in the street life. His grandmother stepped up to the plate to guide his steps.

At a young age, Cory dealt with a lot of death and jail time that he says took away from his growth. There was no loss bigger to him than the loss of his older cousin Willie Graves back in 1996. Cory says that while others wanted to be like Mike, he wanted to be like Willie. He learned early that you can not take life for granted. He said that death was so common that he became numb to it. He says that the early losses caused him to look within himself to see the greatness in him to be able to move forward and be the greatness that everyone saw in him.

In this interview, He talks about his experience in college. He attended the University of South Carolina where he had a very successful career. He says that he enjoyed college life. But just as quickly as the joy of a college career started to take off, he was once again struck with adversity. After a year long suspension from football, he received a call that his mom had died. “It shook me to the core” say Boyd who was just returning to the field. he continued “Not many people know, but I mentally lost it. But I thank God I experienced it when I did because had I been younger I am not sure if I would have been able to deal with it.” He said that he dedicated the rest of his career to his mom.

Boyd shifts to his NFL days. He talks about the fact that he was projected to be a 3rd round pick but that card did not play out on draft day. Cory had a draft party at his home in New Jersey in anticipation of hearing his name called…. But that was not to be. He decided to take a ride with his cousin out to Bell Stadium and just think. He thought it was over. But….. as he put it “Just when you feel like you want to give up, that’s when God comes calling.” He ended up on the phone with Coach Shanahan of the Broncos. He told Boyd that although they didn’t have anymore picks, that if he was not drafted they would send him a free agent contract. Shortly after that phone call, he heard screaming in the house. “I didn’t even hear my name or see it go across the screen, all I heard was screaming” Boyd says as he was flooded with hugs and kisses from family. He had just been drafted by the Tampa bay Bucs.

His time in the NFL was brief. Shortly after knee surgery he was let go by the Buccaneers. Boyd says that he was headed back home to say he was done. It was on a Tuesday when he received a call that Denver wanted him to come out that day. He went and dressed that Thursday for the Denver Broncos. He said that living in the NFL is a constant grind.  The transition from Tampa to Denver was hard for Boyd. He didn’t have any guidance and was just going day by day. It was at this time that he decided to take a year off and get his mind right. He took a job at “Right of Passage” camp as a counselor for young men who had problems with the law or school. He said that he felt that that’s where God wanted him to be. He was able to share his story with young men in an attempt for them not to repeat what he had been through. While there, he came across a young man who asked him “With everything that you have done, why are you here? You could be in the NFL….. why are you here with us?” He said that the kids words sparked the fire that led him back to football.

He then went overseas to the CFL. At the same time his best friend was drafted by Denver. While in Canada, Cory received a call that brought him to Denver to talk with his friend Kenny McKinley. Kenny was going through some of the same things Cory had experienced and needed to confide in his friend. After talking with his friend he headed back to Canada. A week later he got a call that said that Kenny had decided to commit suicide. You can hear in his voice that Cory is still affected by the loss of his friend till this day. He said that he is still not at “Peace” with the loss of his younger brother.

Changing gears, Cory then began to talk about his experience in Canada. He said he “Got everything I went out there to get”. He said that the start was rough, but he was given a shot. In his first game he had 21 touches for 150 yards and 2 touchdowns and the rest was history. He said that he was able to have a great season, finishing in the top 4 for league MVP and finished 2nd in rushing. During his time there he continued to develop himself as a professional.

After retiring from the CFL, he returned to Columbia, South Carolina. He says that he returned here because this was the place where he became a man, and he wanted to be a helping hand in the community that helped him go from boy to man. He started a program called CB3 Athletics. The program is directed towards the academics and spiritual side of the athlete. They also deal with the development of the football player and 7 on 7 skills. They meet on the weekends  for ages 8-18. They do community service, take college tours and have a travel team. They affiliate themselves with FCA(Faith Christian Academy).  You can get more information and to sign your child up for CB3 Athletics by visiting the site CB3 Athletics

One thought on “Cory Boyd: Epitome of Defying Life”