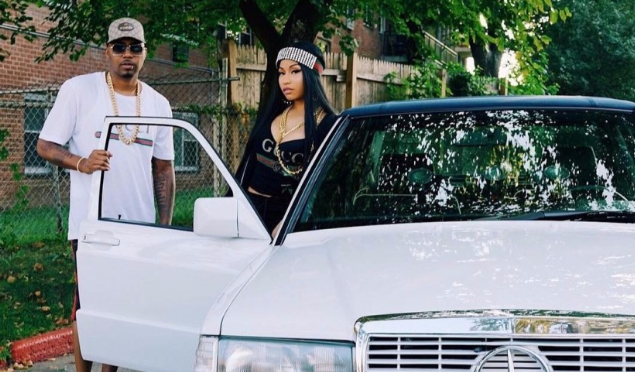 Nas and Nicki Minaj took to Instagram to tease fans about their relationship status.

Rumors have been circulating since May that Hip Hop icons, Nas and Nicki Minaj, are a couple. Neither of the stars have done much to squash said rumors. Instead, opting for not-so-subtle jabs at fans’ collective curiosity, the duo have been seen togetherin photos with cryptic captions included.

Now, photos have captured the pair flossed in matching Gucci wear next to Nasir Jones’ 1988 190E Mercedes-Benz, something he apparently picked up for his 44th bornday.

Minaj broke up with former boyfriend, rapper, Meek Mill in January and has remained silent about her private life since. In an interview with daytime talk-show host Ellen DeGeneres, she did admit she and Nas had “sleepovers”, but they had not done the “nasty.”

“We have [had sleepovers],” she said. “I go to him. I just thought him coming to me was too forward. Let me clarify … I know people are going to think … no. We didn’t do the …”

“Because you know, I’m just chillin’ right now,” Minaj continued. “I’m celibate. I wanted to go a year without dating any man. I hate men. But I might make an exception to the rule for him because he’s so dope.”

So, there you have it. More meat on the proverbial bone for fans of both Queens MCs to gnaw on.

In the meantime, check out more of the “couple’s” pics: