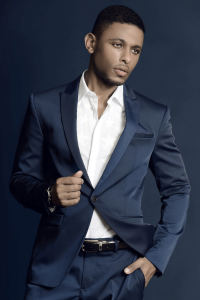 Dom Marcell, a self- proclaimed seven threat (singer, songwriter, actor, dancer, screenwriter, director, and businessman), recently dropped his fun and lighthearted single “D.T.K.”, and fans all around the world are loving it.

Marcell is a former businessman with JD/ MBA degrees from Northwestern University. During his time in the business world, Marcell had internships with Warner Brothers, Atlantic Rcords, HBO, the Attorney General’s Office, Citigroup Investment Banking, and the Securities Exchange Commission. Clearly, he has a great mind for business. Now, Marcell can be found writing his own songs and running a marketing team of over 74 people.

Using his business skill set to help him take off in the music industry has been one of Marcell’s biggest strengths- besides his smooth voice, catchy lyrics, and upbeat songs. His knowledge about how to run a business has been instrumental in his career, as anyone can see from the popularity of his singles and his fast- growing social media following. From his decision to use focus groups to test out his music to his success releasing singles without the backing of a record label, Marcell is taking the music industry by storm.

“D.T.K.”, which stands for ‘Drop That Kitty’, is clearly influenced by Marcell’s love of pop and hip hop. The music video is all bright colors and fun, outdoor, Cali vibes. The care-free song is one Marcell tells his listeners to just jam along to and enjoy instead of taking too seriously. His sense of humor clearly shows through in the music video and makes each listen a good time. “D.T.K.” is the perfect song to add to your summer party playlist, and it’s guaranteed to make you and your friends get up and dance!