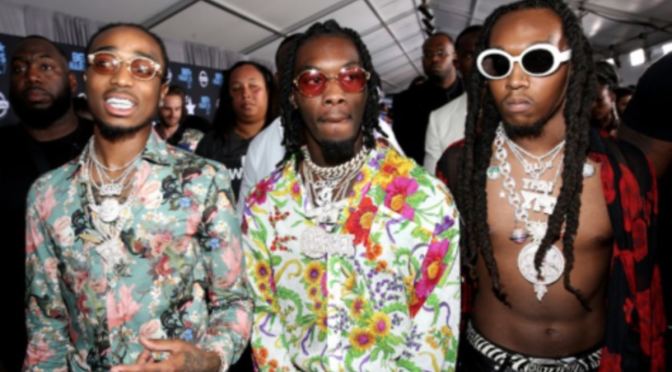 Things got a bit escalated at the BET Awards, as Joe Budden and Migos had a bit of a confrontation during a red carpet interview.

I was watching a fight and an awkward interview broke out!!!

Everyday Struggle, co-hosted by Joe Budden, took an unexpected turn (increasingly more expected) during an interview, which took place during the taping of an episode on the red carpet at Sunday night’s BET Awards.

What started off as a creepily awkward interview between Migos and Everyday Struggle hosts Joe Budden, Nadeska Alexis and DJ Akademiks quickly went off-the-rails after Migos member, Takeoff was asked about being left off “Bad And Boujee.”

After the exchange between Takeoff and DJ Akademiks, which was undone by background noise on the red carpet, Budden interrupted for the interview to wrap up.

When Akademiks closed out the interview by stating that Migos is one of his “favorite groups”, Budden looked annoyed, dropped his mic, stood up, and swiftly exited the scene.

Following Budden’s exit, Migos stood up one by one, with Quavo asking the Jersey rapper, “What you tryna do?” Several people then joined in as Migos exchanged words with Budden, who is off camera during the melee.

With the internet, per usual, quick to fill in the blanks of what happened after the clip’s abrupt ending, Budden has found himself defending claims that he was beat up by the “sassy” (was he talking about them or their shirts?) Atlanta trio.

The entire episode can be seen below: