The American Society of Composers, Authors and Publishers (ASCAP) plans to pay tribute to one of Hip Hop’s greatest icons at its 30th Annual Rhythm And Soul Music Awards on June 22. Notorious B.I.G., a Brooklyn native, is being posthumously honored with a Founders Award for his pioneering contribution to music, which is ASCAP’s most prestigious award.

ASCAP President Paul Williams paid tribute to the Hip Hop legend, who was murdered in 1997: “Biggie was a legend in his own time and his legacy lives on through his music. Like all songwriters, he was a master storyteller, but it was the realism in his rhymes that captured so many.”

According to ASCAP, the award will be accepted by Biggie’s mother Voletta Wallace, widow Faith Evans, his children, former managers, and estate consultants Wayne Barrow and Mark Pitts. 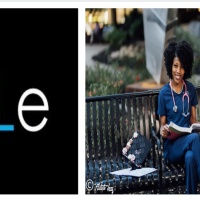