An expectant Serena Williams showed up to support her big sister Venus at the French Open.

A very pregnant Serena Williams was a special visitor at the French Open Wednesday when she watched older sister, Venus, win her second-round match 6-3, 6-1 over Japan’s Kurumi Nara.

Serena didn’t sit with the rest of the Williams’ family, opting to find shelter under an overhang in the player’s box where the sun would not beat down on her.

At the conclusion of the match, Serena, donning a floral light raincoat over a white Nike t-shirt that revealed her blossoming stomach, was quite sought after in the players’ lounge.

She first greeted a gaggle of media, who were also waiting and hoping to chat, with the suggestion they see the players who are participating in this year’s French Open, laughing, “I’m on break.”

Later on, she offered a few more tidbits as she walked towards the transportation area sporting a Roland Garros shopping bag, which she confirmed contained presents for the baby.

“It feels fine,” she said, of being here, but not playing. “I don’t feel anything. It’s just a part of my life.”

She allowed that she’s now six months along, it’s been an easy pregnancy and, “I know it’s going to make me sad” that she’ll soon have to stop traveling until the baby is born. She had been in Monaco over the weekend doing a number of sponsorship outings and attending the Monaco Grand Prix with fiance Alexis Ohanian on Sunday.

After winning the 80-minute match in which her serve was broken once, Venus spoke about Serena being here to watch her play.

“Yeah, she said, ‘Good job,’” said Venus, of the brief post-match conversation she had with her sister. “Yeah, she came in sometime during the match. I don’t know exactly when.

“I’m sure she feels the excitement of being at a major and not having the pressure to play and prepare,” Venus said. “Must be an interesting feeling to say the least. But she knows exactly what it’s like out there, and she’s had a lot of success here. If she stays here through the end, I would like that.”

While many of the players are speaking to the notion that the draw seems easier to navigate without Serena, Venus wasn’t buying it.

“Of course my goal is to win every match that I play,” Venus said. “I don’t want to walk out on the court and say, ‘Oh, this one is not one I want to win.’ Do I sense it’s open? I just am really focused on me and nothing’s a given, or else I’d win every game.”

Whether Venus — or Serena — will be here to the end of the tournament is a wait-and-see situation. But for now the word is that Serena will be back to watch Venus play her third-round match against Elise Mertens of Belgium or Dutch qualifier Richel Hogenkamp on Friday. 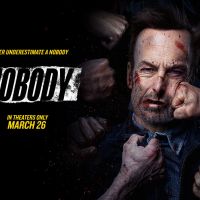