The entertainment industry is as cutthroat as you can get.  You can be a beloved superstar at 9am and a complete abomination just in time for the 6pm rush hour on the same day.  The crazy thing is it doesn’t take much for the pendulum to swing from one extreme to the other.

are entertainment and the participants are expendable.  The few exceptions would be the owners of the sports franchises who are not as easily disposed of but as Donald Sterling showed us, the beast would gladly cut off a limb to save the hide.

Every year at the end of the 17 week NFL football season, about 6 to 7 coaches are fired on average.  The reasons for the firings vary with many coaches being let go through no fault of their own.  For instance, if a General Manager has put together a roster that Vincent Lombardi himself couldn’t get into the playoffs, the GM would fire the coach claiming the team was under achieving.  Matt Millen who famously led the Detroit lions to the first winless season in league history fired 3 head coaches during his tenure and it wasn’t until the team’s owner realized who the problem really was that Millen was shown the door. Millen was also fined $200,000 by the NFL for violating the Rooney Rule, which I will discuss later.  In an industry so volatile regardless of race, NFL coaches have a tough job, but being black in such an environment adds even more complexity.

The race conversation in America is a very uncomfortable one, so as Americans we mostly ignore it until something big happens like a horrific mass shooting, a historic election, or a glaringly unflattering and embarrassing statistic.  Today about 68% of all NFL players are African American but only 12.5% of the head coaches are. In 2002 lawyers, Johnnie Cochran and Cyrus Mehri, released a report called ”Black Coaches in the NFL: Superior Performance, Inferior Opportunities.”  The report was developed by labor economist Janice Madden from the University of Pennsylvania and found that African-Americans in the NFL were the last hired as head coaches and the first fired, and that too few of them were involved in the interview process. From 1920 to 2000 the league hired 400 head coaches and only 6 or 1.5% were African American. In 2000 the demographics of the players in the league was roughly the same as today around 70%. Cochran and Mehri threatened to bring a class action lawsuit against the NFL and a few months later, voilà, the Rooney Rule was created.

The Rooney Rule basically says that NFL teams must interview at least 1 minority when a head coaching job comes available. This was to give African Americans a fair shot at the open jobs and it seemed to be working well at first as the league saw its first African American Super bowl winning coached team in 2007 just 5 years after the rule was instituted.  Having a black coach win the Super Bowl was not the intent, but it definitely was the result. Today, teams have managed to get around the rule by interviewing people they have no intention of hiring just to satisfy the requirement. Critics call the requirement a sham and say owners should be able to hire whoever they want, which is what they do anyway. Some even raise the claim that since blacks are only about 12% of the population in the US, then the fact that they represent so much of the league shows that race has no real effect on anything, saying the will to win overcomes any bigotry or racism an owner may have.

There is nothing that minorities have ever gained in America that was given, every victory was fought for, and whatever gains are won will be subject to immediate erosion by the same forces that benefited from the inequality in the first place.  Trying to get to the bottom of this issue would force you to take a journey into the past, starting long before there was a NFL or an America. And if you got lazy or fait hearted during this journey and decided to skip and fast forward through some parts of this history then you would end up distorting the entire picture, thus leading you right back where you started, horrified, angry, and confused.

The fact is most NFL head coaches are former coordinators or Division I college coaches. The NFL has shown no interest to expand the Rooney Rule to other positions like coordinators’ (no threat of lawsuit pending), and most division I programs have never had or have even attempted to interview a black head coach, so the pipeline remains as white and segregated as it always was. We will get there it is just taking longer than some of us thought. 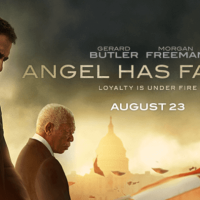