The defending champion Cavaliers run the NBA Central Division. But, there are a few ascending teams in the division as well.

The road to the Central (and the NBA title) currently goes through Cleveland. Coming off of the franchise’s first NBA championship, the Cleveland Cavaliers are set to defend the division against a slew of up-and-coming, young teams. The Milwaukee Bucks and Detroit Pistons are young teams with tons of athleticism. While the Indiana Pacers and Chicago Bulls are not necessarily young squads, they each made wholesale changes this off-season to attempt to bridge the gap with the Cavs.

Let’s take a look at our 2016-17 NBA Preview for the Central Division. 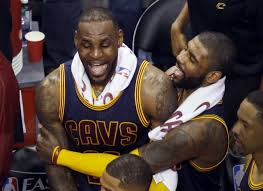 The Cavaliers pulled off an incredible comeback in the NBA Finals last season. LeBron James was incredible and Kyrie Irving came up clutch when his team needed him most. The Cavaliers are bringing back roughly the same roster as last season and have a direct path to returning to the Finals this season. There are other Eastern Conference teams such as the Toronto Raptors and Boston Celtics who could make things interesting, but the Cavaliers are the clear favorites at this point. However, assuming the Cavaliers return to the Finals, they will likely have to face the Golden State Warriors, who added Kevin Durant this off-season. The Cavaliers will have to maximize their talent, hope that James, Irving and Love are healthy and find a way to slow down perhaps the most talented team on paper in in NBA history. Beating Golden State last season was tough enough, but doing so again with Durant now wearing a Warriors uniform will be the toughest challenge in James’ career.

The Pistons returned to the playoffs last season after a six-year drought, driven by president of basketball operations and head coach Stan Van Gundy’s aggressive roster reshuffling since taking control. The Pistons will be an intriguing club this season because it’s always entertaining to watch how young teams deal with any sort of success. Will Detroit sit back and admire their work from last season and struggle out of the gate? Or will the Pistons ride their momentum from this past season and use it to catapult themselves higher into the Eastern Conference’s hierarchy? The team was extremely active this summer, locking in All-Star center Andre Drummond to a long-term deal and reinforcing their overall depth in free agency. Let’s see how this young core handles success.

As previously constructed, the Bulls weren’t going anywhere in the postseason anytime soon, which apparently is why they made wholesale changes this past offseason, shipping off Derrick Rose and bidding adieu to Joakim Noah. In their place the team welcomes Rajon Rondo and Robin Lopez, which actually isn’t too big a downgrade considering injury histories and current production. Of course, what really matters in Chicago this year is the arrival of Dwyane Wade, which should at its best be a ton of fun and at its worst another signing of a former star free agent brought in past his prime (Did he really have to choose Ben Wallace’s old uniform number?). The Bulls are probably better than everybody’s giving them credit for, but they’re not any closer to winning a championship than they were a season ago. The makeup is different, but the outcome looks destined to remain unchanged.

Fed up with the Pacers’ plodding and visually unappealing offensive style, team president Larry Bird shifted gears this summer in an attempt to spark an immediate turnaround. Bird relieved Frank Vogel of head coaching duties shortly after the season and then made a series of moves aimed at bringing more offensive firepower to Indiana. The additions of veterans Jeff Teague, Al Jefferson and Thaddeus Young – three proven double-digit scorers – provides more offense next to All-Star Paul George in the lineup and will alleviate some of his burden on a nightly basis. But the Pacers sacrificed defense for more scoring, so the question is whether the club can create a defensive identity? If they can, another trip to the playoffs awaits. If the Pacers can’t, they’ll be more fun to watch, but probably sitting home watching the playoffs come April.

With the Cleveland Cavaliers, Indiana Pacers, Detroit Pistons, Chicago Bulls and these Milwaukee Bucks, the Central seems poised to be one of the toughest divisions in the NBA this year. Over the last two seasons, all five of these teams made the playoffs at least once and each squad enters the 2016-17 campaign with postseason expectations. I love Milwaukee’s young core and I was shocked by last year’s regression. I expected them to take a step forward with Jabari Parker back in the lineup and Greg Monroe added to the roster. Instead, we saw that while their length and athleticism and mismatch potential make them scary on paper, this team does have a number of issues such as their defensive consistency and shooting. Two years ago, the Bucks had the second-best defense in the NBA; last year, they were ranked 22nd. This team’s turnaround starts with their defense improving again. I have them finishing fourth in the division ahead of the Bulls. 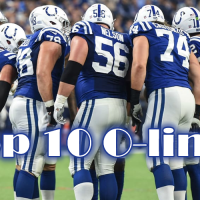